Jun12 Comments Off on Waste Not…. the anti-upgrading exhibition 2015 – report

‘Our enormously productive economy demands we make consumption a way of life’.

This is a quote from 1955 on the wall of a recent exhibition at The Lightbox (supported by Happy Museum commission funding).  The exhibition took as its starting point the fact that as a society we are encouraged to continually upgrade, continually renew, rather than repair and keep going. For many decades this habit of ours was fed by, on the one hand, advertising trying to persuade us that we needed the latest products, and on the other the built-in obsolescence in the products themselves. More recently the obsolescence has been transferred from the object to our brains; we have been trained to believe that upgrading is somehow necessary of itself, not because a product has worn out or even because the new product is significantly better, but just because it is the new product. 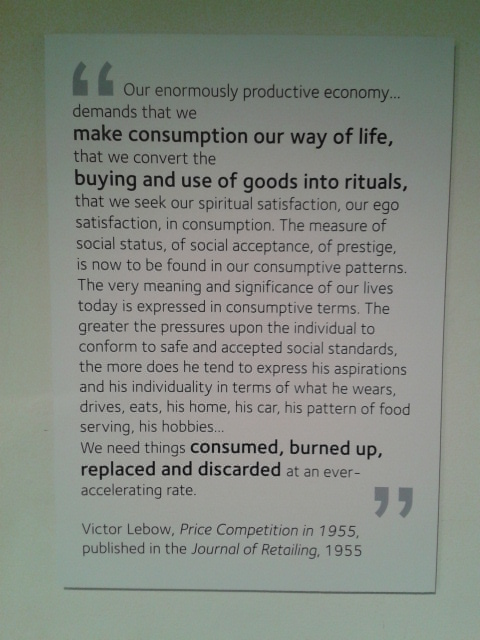 So our exhibition included a number of vinyl phrases around the walls:

obsolescence of desirability
make consumption our way of life
consumed, burned up, replaced and discarded
an ever-accelerating rate
ends up in landfill
psychological obsolescence takes over
the status symbol of our time…

There were text panels too, one of which included the assertion, ‘the primary function of fashion…is the creation of obsolescence.’

The results of all this frantic upgrading are extremely bad for the environment as well as being detrimental to our own well-being.

So what was the exhibition? It was of all sorts of relatively old domestic items that people (almost all local) had not only kept but had kept using (so not simply as an antique). Where necessary they had been repaired or serviced, rather than being replaced. So there was an old pencil sharpener, an old sewing machine, binoculars from World War 1, a Monopoly set from World War 2, an old vacuum cleaner, an old paper press, even an endlessly used toilet brush!  These were the modest exhibits we proudly showed, along with short films of their owners talking about the items and why they had kept using them.

The local community were invited to give stories and photographs and objects connected with keeping old things, using them rather than renewing, the act of repairing/maintaining old things, finding new uses for old things, and having kept things with the intention of repairing them but never having got round to it!   We focused upon one of the ‘Headline Behaviours’ (according to Defra) in terms of environmental sustainability: extending the life of things to minimise waste. 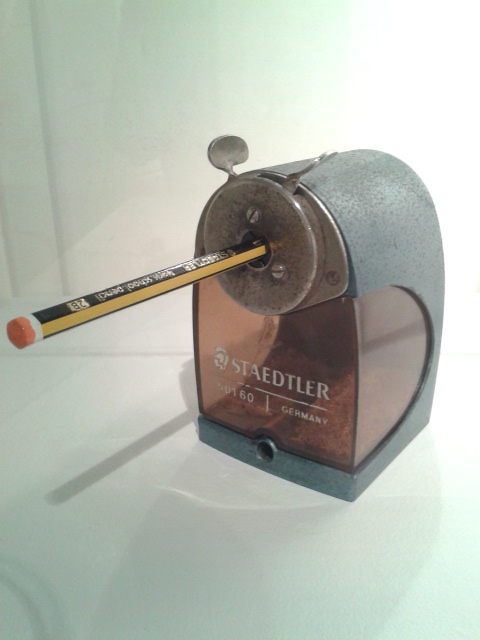 The exhibition was seen by over 1,600 people and the general reaction was very favourable. Amongst staff, too – some of whom had contributed items – the reaction was positive, though while the great majority of staff said they would be repairing more domestic items, only a quarter of them committed to delaying upgrading their phones. There is more work to be done!

The project also involved a workshop for the public, where they were invited to bring along items in need of repair. RESTART were on hand, involving the owners in the repairing processes, and MAKERSPACE were there too, their 3-D printer being put to good use. There was also a local upholsterer, showing how furniture could be repaired. A steady stream of local people appeared with their various objects, and most of them left with not only the object repaired but also with a greater knowledge of how to do it for themselves. 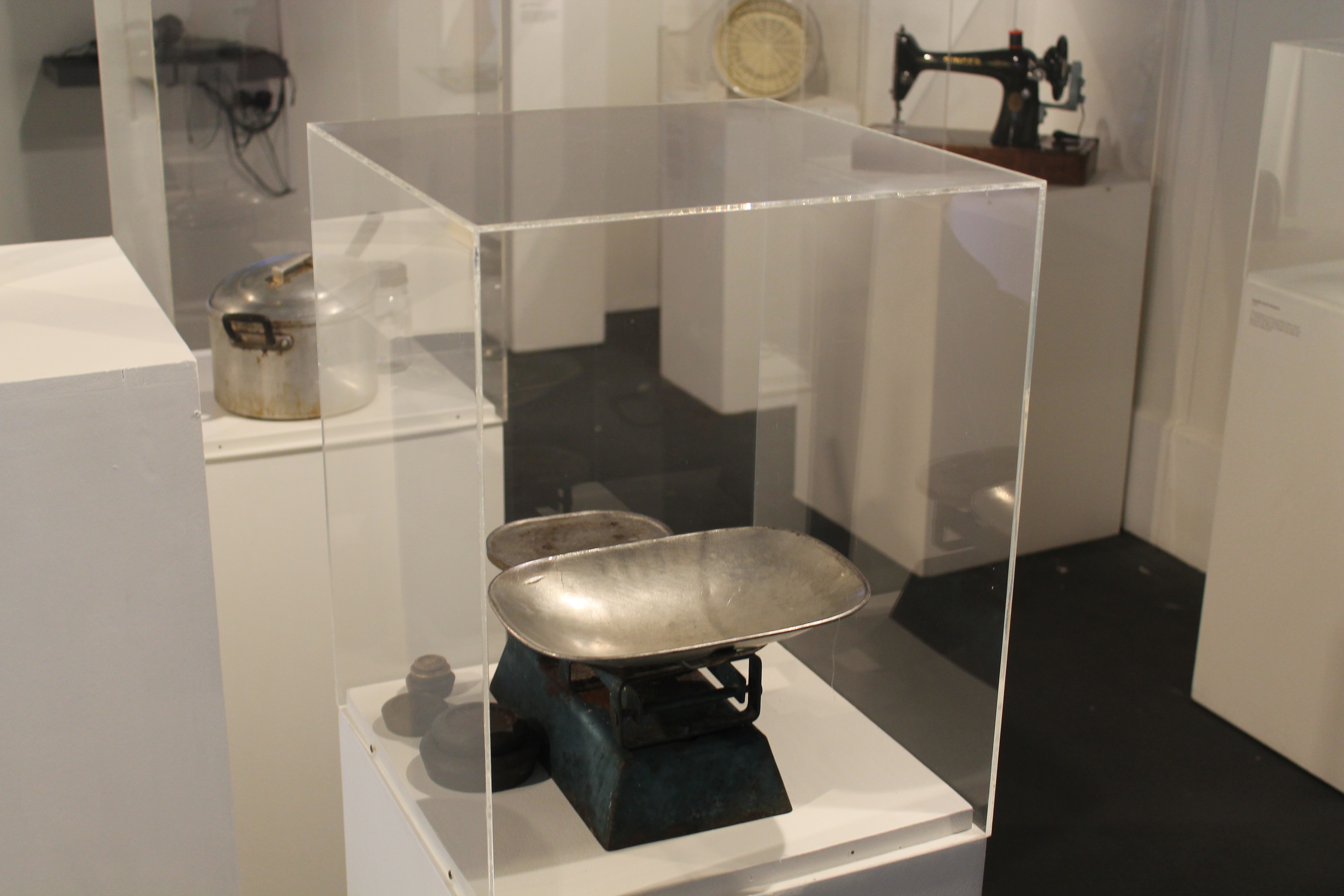 The project has paved the way to The Lightbox doing more directly environmental exhibitions/projects and has generated staff support and enthusiasm.  In answer to a survey question, ‘Do you think the Lightbox should be presenting this sort of exhibition of event?’ none of the staff answered ‘No,’ 2 answered ‘Maybe’ and 10 answered Yes. In fact none of the public answered ‘No’ to this either.